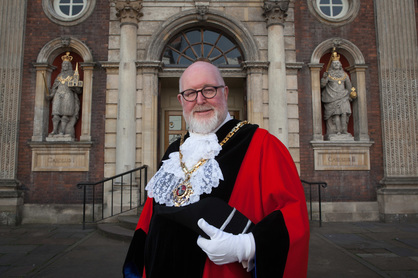 Rainbow Hill county division contains the Rainbow Hill, Astwood Road and Green Lane areas together with Brickfields and part of Tolladine, the area north of City Walls Road and east of London Road including Lowesmoor, Wylds Lane  and Midland Road and the Sansome Walk/Lion Court development . Part of the ward suffers from multiple disadvantages and is classified as an Area of Highest Need. There is a high proportion of social housing but also privately owned and rented homes.


Paul is married to city councillor Lynn Denham and they have three grown-up daughters.

Labour councillors hold a drop-in surgery at the Guildhall, High Street, Worcester, every Saturday from 10am to noon.

Paul is happy to meet residents at any reasonable time by appointment.
Powered by